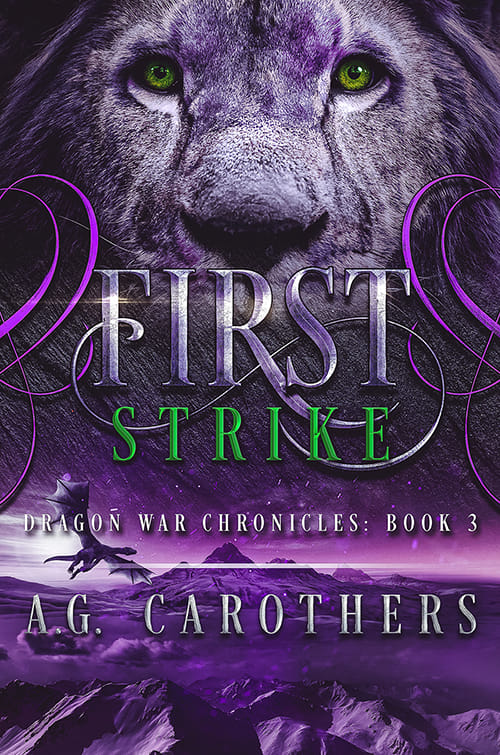 
BLURB
Previously on Dragon War Chronicles, our heroes recovered and were preparing to take the fight to a still unknown enemy. Meanwhile, startling breeding experiments were revealed. Three sites are discovered in Russia that could hold all the answers they’ve been looking for. Three strike teams are assembled led by Xander, Kollin, and Tyler. Three simultaneous attacks are combined to make one devastating first strike against their hidden enemies. What horrors will they discover? What plans will be revealed? Why is a member of the Dragon Council showing up on Danica’s doorstep with ultimatums? Find out in the next exciting installment of Dragon War Chronicles. Warning: This book contains explicit sexual contact between consenting adults. There are romantic, BDSM, and purely sexual relations shown that are MM and MF. There is also high sexual tension and alpha male posturing that will make you laugh and roll your eyes along with plenty of snark and definite teasing of dwarf-like dragons.

EXCERPT
As soon as the door to his flat snicked shut behind him, Aiden was on his knees with his hands behind his back and his forehead on Master's closest boot. Aiden closed his eyes and took deep, slow breaths. He breathed in the smells of leather and shoe polish from Master's boots and used them to clear and center his mind. Aiden knew that he would be there on his knees for as long as Master felt he needed to be. With each breath, his body relaxed, and his mind calmed. He didn't know how long he knelt there before Master nudged the toe of his boot up, giving Aiden the signal he needed to move. He kissed Master's boot and brought his hands around to unlace it. As soon as the laces were undone, Master lifted his foot and allowed Aiden to remove the boot and then his sock. Master replaced his foot on the ground and then moved his other in front of Aiden. Aiden kissed his boot and then proceeded to unlace and remove the other boot and sock. Once both feet were naked and in front of Aiden, he leaned over and kissed the tops of each and nuzzled his nose on each one in turn. He loved the smell of Master. He could roll around in the smell all day long. “Up, pup, and go get us some water.” Master stepped back and headed into the living room. Aiden stood up quickly and went into the simple open kitchen he had and got out two bottles of water from the fridge. He trailed after Master into the living room and put the bottles down on the side table next to the leather couch. Master stood in front of it expectantly, and Aiden obediently went to his knees in front of him and waited for Master's next command. “Take off my pants.” Master's voice was calm and soothing. Aiden reached up and undid the buttons on his jeans and carefully removed them and then folded them and put them on a nearby chair. “Take off my shirt and then go get two of the big fluffy towels and your pillow.”

A.G. Carothers is actually a dragon very cleverly disguised as a human. They are a non-binary author of LGBTQIA Urban/Paranormal Fantasy, who enjoys writing original and entertaining stories. They are very excited to share the worlds they've created with you.
A.G. currently lives in Tennessee with their platonic life partner, who is not a dragon. They yearn to live back in Europe and will someday. In their spare time they are addicted to losing themselves in the lovely worlds created by other authors.
A.G. is committed to writing the stories they see in their head without restrictions. Love is blind and doesn't see gender, race, or sexuality.
Website: https://www.agcarothers.com/
Facebook: https://www.facebook.com/AGCarothersAuthor/
Twitter: https://twitter.com/ag_carothers