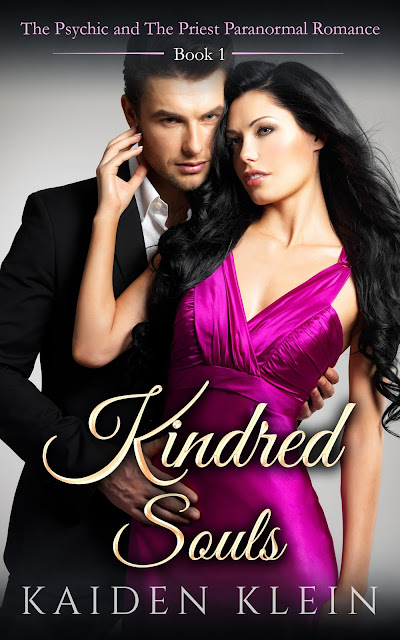 Raised in a church orphanage, Annie never knew her parents or where she was from, nor did she know who or what she was – only that Father Francis would always tell her she was special...never did she dream he meant it literally.
Annie can read minds, connect with the dead, and even see the future, but the only clues to her own past are vivid sensual dreams about a mysterious and alluring man. When this familiar stranger (The Priest) suddenly appears in her downtown shop, Annie not only discovers their inexplicable connection is extremely powerful, but he also becomes the key to unlocking her complicated past and uncertain future.
Will Annie and Asha be able to fulfill their fated destiny, or will the challenges ahead be too much to bear, leading to their ultimate demise? There's no doubt, the choices made will be life-changing.

It was Mardi Gras in New Orleans and Annie stood in the doorway of her tiny shop located in the French Quarter on Bourbon Street. With the bounty of festivities and tourists in town, this time of the year was plenty busy for her. It even surprised her she’d had a free moment. She watched at a distance as the masked crowd roamed the streets until the late hours drinking, partying, dancing, and ranting loudly. She had to admit, she was rather jealous. She’d never be able to partake in such activities, not without the impeding rush of thoughts from others overpowering her. Even though, she’d been taught control, she didn’t want to go past her limits.
Still, this was her city. She’d been born and raised here but had never really experienced all of what her town had to offer. The best thing about New Orleans was its diverse culture and signature dishes. Just like gumbo, the people were a big mixture of savory delights. It’s no wonder tourists favored the city so much.
Having free time meant wandering thoughts. She found it interesting how people wanted to resemble such evil beings as long as it was make-believe. They dressed as vampires, witches, demons, and other demonic creatures, walking the streets in denial. How would they respond to seeing an actual demon? Or knowing spirits roamed among them? The demons she’d encountered were only in her dreams, but they walked the earth as well; not in naked form, but disguised as humans.
Not all spirits were bad. As a child she’d sit in the graveyard, talking to some of the lost souls who had passed on. As her gifts developed, she was warned by the father to stay away from the cemetery, so she did. Things started to change with age. Annie seemed to be stalked by evil spirits, trying to enter from the other side which was why she no longer communicated with those who had passed on. Business had slowed down because of it, but she didn’t care. Engaging with the dead was dangerous.
She could see Mrs. Rosemary exiting her restaurant, Mama’s Cajun Cuisine, with a bag in hand. Her food was incredible. She’d never turn down a meal from her kitchen.
“Hi, Mrs. Rosemary.” She held the door open for her as she entered, laden with goodies, and placed a kiss on her cheek.
“Hey, baby. I brought you something.”
Mrs. Rosemary was such a kind soul. She’d come for a reading when her husband died some time ago. Not a mischievous thought existed within her, only the desire to help others. She had her own gift and didn’t even know it. It was the gift of motherly love. All the neighboring business owners respected and looked up to her. She was like a mother figure to Annie.
“Oh, Mrs. Rosemary, you’re spoiling me.”
“Child, please. You can stand to put some meat on those bones.”
Annie laughed at her charming and direct humor. Mrs. Rosemary always said what was on her mind, no sugar coating.
“You know I’m serious, don’t you? You’re such a pretty girl. I can’t figure out for the life of me why you walk around with that veil on your head. You’ll never get a man like that. What you need to do is let your hair down.”
“You know what, Mrs. Rosemary, you’re right.”
She’d already begun to dive into the goodies with delicious, spicy aromas Mrs. Rosemary had delivered.
“Honey, that’s the only way you gon get a man because right now, you look like a grieving widow. I’m just saying.”
Amused by her comments, Annie chuckled, wiping the corners of her mouth with a napkin. She had a point. Wearing the veil all the time probably wasn’t appealing to the opposite sex.
“This is so, so good. Thank you.”
“Oh, sweetie, you know I have to feed you. Come by if you want some more. I have plenty.”
The chimes on the door sounded. They turned to see who was entering and both seemed to be taken aback by the stranger who’d just walked in.
“Are you open for business?” he asked softly in a deep, sensual tone.
Right away, Mrs. Rosemary interjected. “Yeah, she’s open. Come on in.”
She leaned over and whispered in Annie’s ear, “Ooh-wee, he’s nice.”
“Mrs. Rosemary!”
“Now, child, don’t mind me. I’m just having fun. Here, let me take this while you tend to your customer.” She briskly cleared the area, allowing Annie to provide service to the man who’d just come in.
Annie got up and wiped off the table.
“I’m sorry about that. You can have a seat here, and I’ll be with you in a moment.”
Annie walked to the back where she met up with Mrs. Rosemary, who was busy putting away the food she’d carried over. Knowing she wouldn’t hesitate to speak her mind, Annie hurriedly turned on the water, hoping the sound would mask their conversation, as she began to wash her hands.
“Okay let me take a look at you. Here, wipe your mouth.” After dabbing the corners of her mouth, Mrs. Rosemary placed her hands on Annie’s shoulders as she thoroughly inspected her from head to toe.
Annie pulled her veil covering back over her head.
“Now you know you don’t need to be wearing no veil. Honey, that man don’t look like he lost nobody. He look like he’s looking for something. Now, I’m about to go. You okay?”
“I’m fine, thanks again for the food.”
“You’re welcome, baby.”
The two hugged and Mrs. Rosemary left.

Kaiden Klein enjoys writing and keeping her fans updated as characters develop, even behind the scenes. She loves creating complex characters whose lives are filled with drama, and a great deal of time is put into developing her characters, including the ones who seem to go in their own direction.
Kaiden also writes compelling mystery, suspense, crime, and contemporary romance stories under the pen name Eva Winters. Although her works are fiction, some of her stories may be based on actual events. Her stories will go beyond entertaining you; they’ll leave you wanting more.
You can find out more about the author @
Website | Amazon | Goodreads

~ Other Books by this Author ~ 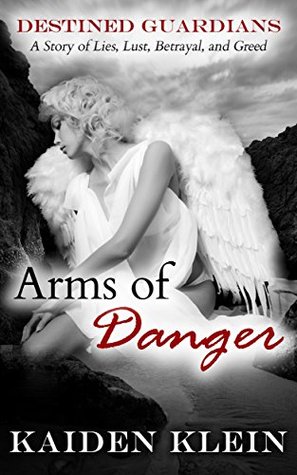 A Thrilling Story of Life After Death
12,000 word Short Story Standalone
More Books to Come under Destined Guardians
After having been granted a second chance following her untimely demise in her former life, Helena has dedicated herself to protecting humans. Haunted by revelations from her past life, Helena is torn between the life she’s dedicated herself to and to those she left behind. Her dedication to humankind has afforded her the opportunity to learn a great deal about the evil that exists in the world, but nothing could prepare her for the newest threat.
Betrayed by Barak, the leading commander of their municipal’s army, Helena must defend the community against the new bloods, treacherous vampires, bent on overthrowing the king and taking control of the monarch. But doing so will not come without risk, especially since she’s sleeping with the enemy who knows her deepest secrets.
A future of violence and enslavement gets closer and closer to becoming a reality in the presently peaceful town.
With the threat growing, Helena finds herself facing a different challenge. The promise of love enters her life, but in order to fully embrace it, she must save the people of Wyden first.
Will Helena be able to save the ones she’s dedicated her life to protecting or will greed win by using her secrets against her?
This is a story of greed, lies, lust, and betrayal.
A standalone paranormal romance story about guardians and vampires.