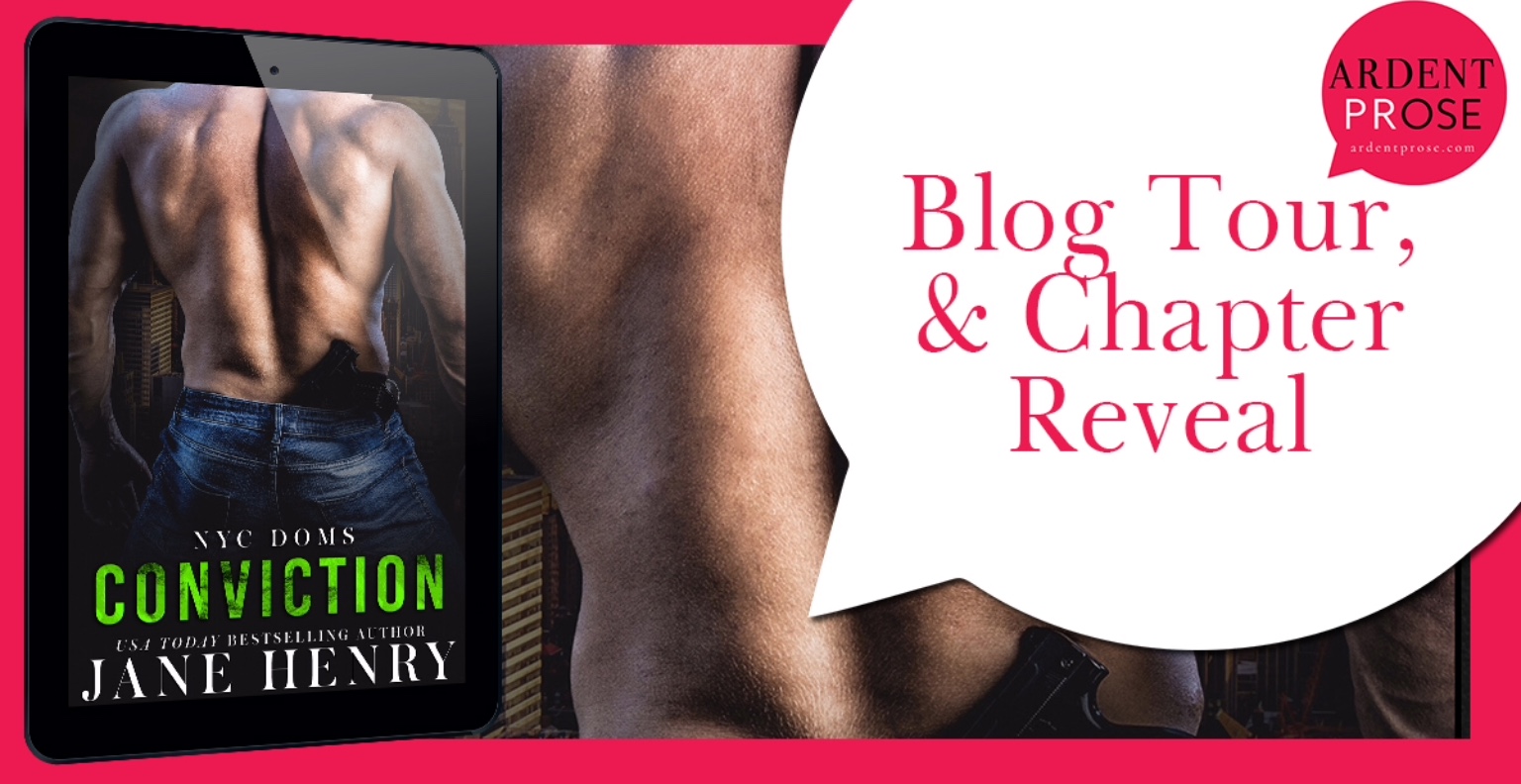 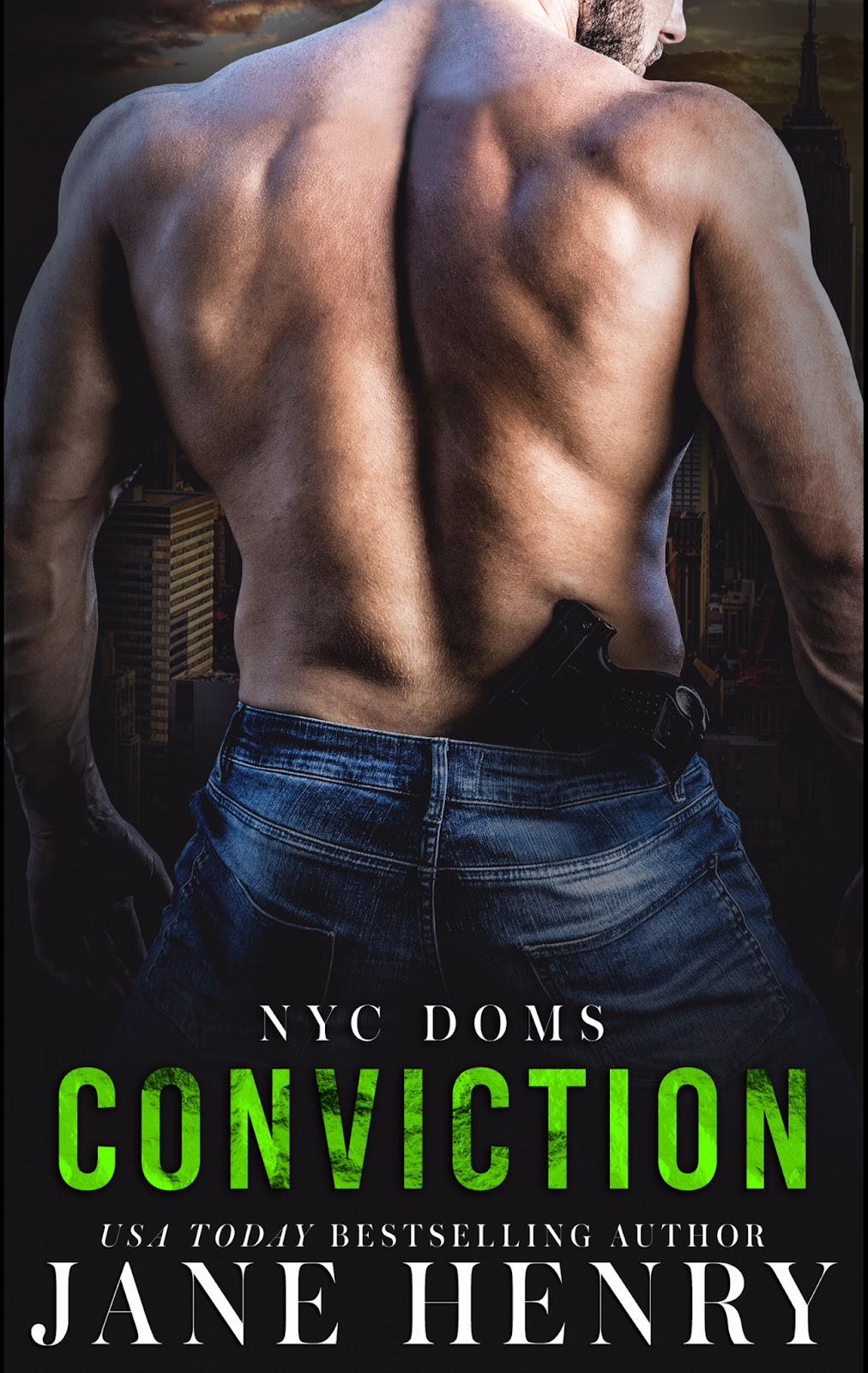 Brax can’t get the girl on the dance floor out of his mind, the woman he literally swept off her feet and into Club Verge. She’s no submissive, but he can’t help but admire her ferocity, even as he yearns to take her over his lap and teach her manners. He’s determined to keep her safe if he has to lock her up himself.


Officer Zoe Mackay can handle herself. But when she learns information that puts her life at risk, she’s forced to seek the assistance of a private investigator. Little does she know the man she hires is none other than Braxton Cannon, the high-handed dominant who gave her the hottest one-night stand of her life.

With her assailants in hot pursuit, Zoe is forced to seek refuge in Club Verge, where she finds way more than she’s bargained for...

I’m pretty sure it’s a total dickhead move to mentally undress the woman on the dance floor in front of me, but, you know, love is in the air and all that shit, so I don’t much care. I came here to toast the happy couple who, like smart people, went and eloped months ago. Their friends were a little miffed they didn’t get a chance to celebrate, so once spring came Zack and Bea announced they were having a reception. I’m always game for something that involves free food and liberal amounts of beer, so here I am, even dressed in a fucking suit which hasn’t happened since… ok, ever.
But Jesus, this woman’s gorgeous, and likely young enough to make even looking at her illegal, but who’s gonna stop me? She’s got a dancer’s blood in her veins or something, because this girl has moves. As the music pumps through speakers so loudly I feel it in my bones, her hips grind in time to the beat, and it’s fucking beautiful. I’m half in awe of her energy, unable to take my eyes off her. Though she’s all round curves—petite but voluptuous, her creamy shoulders bare, the sleeveless short dress she’s wearing clearly being held up my magic—she’s got edges, too. I can tell just looking at her there’s a ferocity that fuels her. On her right shoulder she’s got a tattoo of a bird in flight. While I watch her dance, I fantasize about sinking my teeth into that tattoo, then smacking my hand against her curvy, gorgeous ass. She shakes her head, the thick locks of chestnut-colored hair loosening, little tendrils clinging to her damp forehead as she gets down to the music. The beat gyrates around me as she wiggles her hips, her feet moving in time to the crazy-ass beat.
“Hey, Brax, have you seen Diana?” My friend Tobias comes up to me and taps my beer bottle with his. Diana, his wife and Beatrice’s best friend, toasted the happy couple, but I haven’t seen her since.
“No, man,” I say, shaking my head. I take another swig of my beer, then watch the girl in front of me as she snags one of her friends around the waist and they dance together. Christ. One was bad enough. Two of them dancing together? I’ll leave this place with fucking blue balls.
“Get it out of your head, man,” Tobias says. “Can’t get your eyes off Zoe? That won’t end well for you. Don’t even entertain the thought.” Tobias is technically my boss, but also my friend, and though I trust his judgment, I don’t hear warning in his tone but a dare.
“Yeah?” I ask, watching her even more intently now.
“Braxton,” he says warningly.
“What? Dude, you can’t just say ‘stop looking at the most gorgeous woman in this room and forget about her’ and expect me be all, ‘yeah, sounds right, whatever you say.’ Did you forget who I am?”
Tobias sobers then. He leans against the bar, crossing his arms on his chest, and fixes me with a serious look. His dark brown eyes, shadowed by a shock of dark brown hair that falls on his forehead, darken. “That’s one of Zack’s best friends, and she’s an officer with the NYPD. She’s easily ten years younger than you, and I don’t know much, but I know that girl has got a shit ton of baggage.”
Who doesn’t? The idea of that woman kicking the crap out of someone makes her that much more attractive to me. And Jesus. Baggage? That doesn’t dissuade me. I live in fucking New York City. There’s no such thing as a New Yorker without baggage. Hell, I’m a classic example. I sold my auto body shop this past winter when a friend offered me a job that paid a hell of a lot more than I was currently earning. I’m a full time Dungeon Monitor at Tobias’s club, Verge, and I make good money there. Picking up some private work on the side has supplemented my income, and hell I need it, because Devin does, and child support doesn’t go on sale. The thought of my six-year-old daughter almost sobers me, then the music shifts and Zoe’s back at it again.
“Everyone’s got baggage, man,” I say to Tobias. “You know I’m no exception.”
He shakes his head. “Brax, there’s baggage and then there’s baggage. She’s beautiful, but she doesn’t know shit about the lifestyle, and if you touch a hair on her head, Beatrice or Zack, or possibly even both of them, will kick your ass. They’ve gotten tight.”
Beatrice is like five foot nothing and now married to the sternest Dom in all of Verge. That’s supposed to scare me? I know Zack won’t care.
“Fuck,” Tobias says, watching me with narrowed eyes as I finish my beer and plunk the empty on the counter. “Don’t say I didn’t warn you.”
I grin at him. “Challenge accepted.” 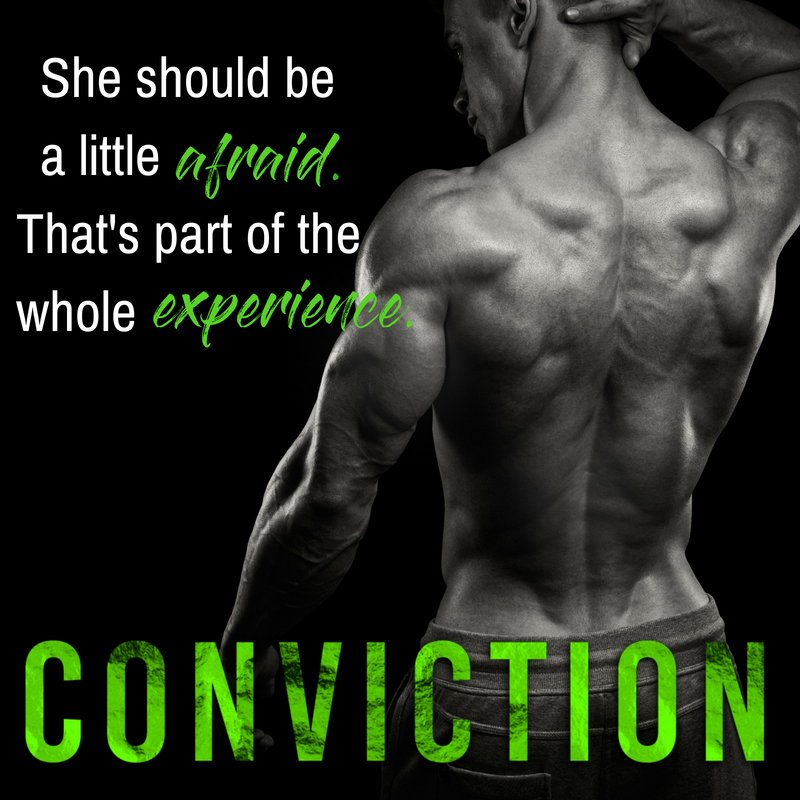 USA Today bestselling author Jane Henry pens stern but loving alpha heroes, feisty heroines, and emotion-driven happily-ever-afters. She writes what she loves to read: kink with a tender touch. Jane is a hopeless romantic who lives on the East Coast.