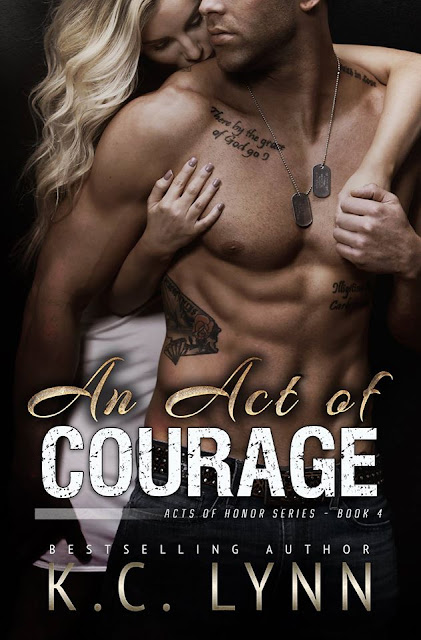 She’s the light from his past.


He’s the one her heart has always longed for.

Trained by the best, Christopher Walker has fought hard for his country and even harder to forget the only girl he’s ever loved. He spent countless nights submerged in death and destruction only to find himself clinging to the memories of her when the darkness crept in.

When her life is threatened, Christopher will stop at nothing to protect her. Even if it means having to confront his past.

Alissa Malone never thought she would find herself face-to-face again with the only boy she’s ever loved. But she soon realizes Christopher is not the same man he once was.

His touch is still electrifying—his voice still earth shattering. But there’s a darkness about him that wasn’t there before. A pain he harbors so deep that she can feel it all the way to her soul.

One fateful moment destroyed his very existence, and only one person will be able to make him realize that what he considers an act of dishonor was truly an act of courage.

This is Book Four in the Acts Of Honor series, the spin-off series to Men Of Honor. It is not necessary to read all of the other books in the series. However, I do highly recommend that you at least read Resisting Temptation, the third book in the Men of Honor series, since this is where these Characters story began. 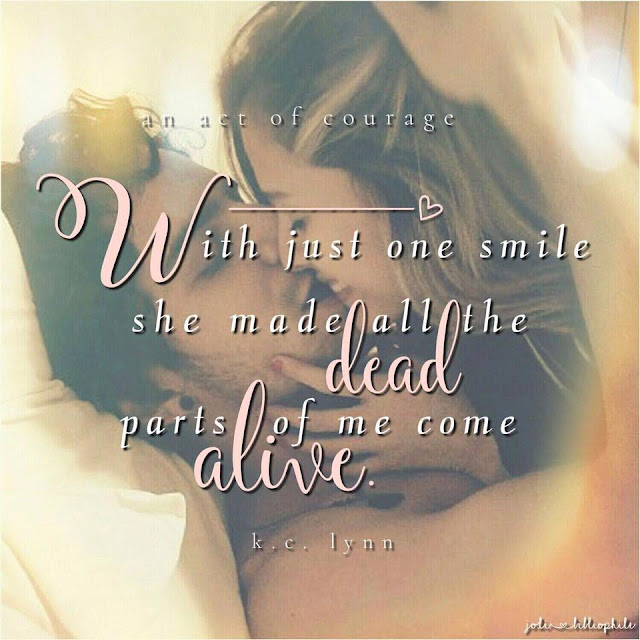 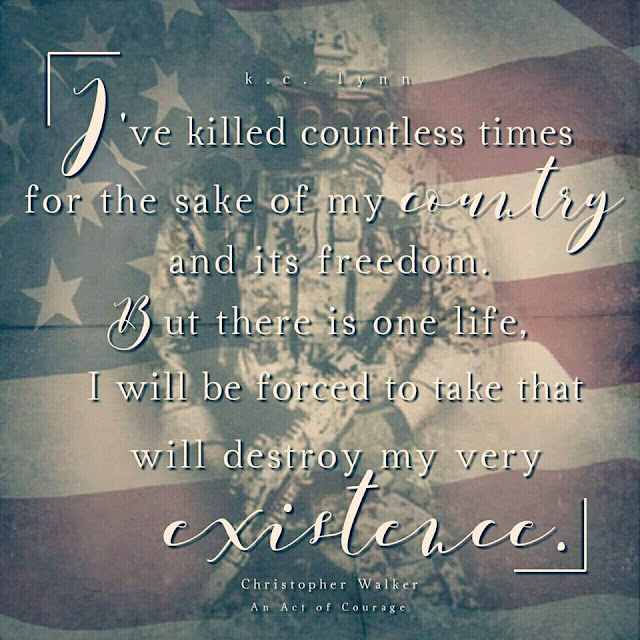 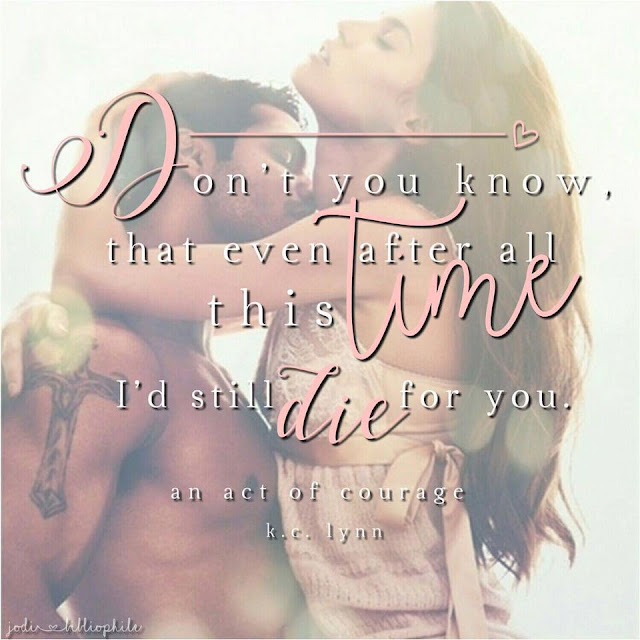 
One minute I’m drumming to a beat I could never play on my own then the next I’m flipped around to face him, his fingers digging into my hips possessively. I gasp, my breath racing as I stare back at him.

Something passes between us.

No more fighting this.

“Fuck complicated.” His earlier words fall past his lips then our mouths become one.

The connection slams into me, sending my heart reeling. Our tongues duel in a beautiful battle, the sound of our passion filling the air as our past ignites.

A growl erupts from him, vibrating against my lips. “You taste as good as I remember.”

I want to tell him the same thing but can’t. All I can think about is his mouth never leaving mine, not even for a second, or it might kill me.

At this moment, I’m not even sure how I survived so long without it—without him.

He slides the stool closer to the drum set before his hand moves between us and presses on my chest. I seize the opportunity to suck in air and let him guide me to my back, my shoulders resting against the musical cylinders.

His hands move to mine and it’s then I realize I still have the drumsticks gripped tightly in my fists. With a sexy smirk, he pries them both from me, throwing one on the floor but keeps hold of the other.

His dark eyes never sever from mine as he unbuttons the shirt I’m wearing, exposing me to his stare. The cool air whispers over my heated flesh, my nipples straining for his touch.

“So fucking pretty.” The wild lust in his eyes triggers an intense desire in me.

I bite my lip to keep from moaning but all silent caution is thrown out the window the moment he takes the stick and brushes the tip of it over one aching bud.

Another gasp parts my lips, a fiery whimper purging from me at the cool, hard feel. My back arches, the small touch igniting an inferno in my body.

“Remember the things I used to do to your body, Alissa? How wet you would get when you’d hear me sing?” he murmurs, dragging the smooth wood down my tummy. “You’d beg me to take your ache away. Remember?”

“Yeah, baby. There isn’t a moment of our time together that I’ve ever forgotten.”

His admission has my throat burning and heart aching. Aching at the loss of him, of what we could have had.

What we did have.

“The good,” he whispers. “The bad.” He slips the stick in my panties. “And the fucking beautiful.”

“Oh, god, Christopher.” His name spills past my lips on a cry of pleasure as he glides the stick through my wet flesh, slowly working it against my swollen clit.

He plays my body like he plays every instrument. With skilled perfection and grace. Keeping his momentum, he leans down just enough to suck a hard nipple into his mouth. His teeth graze it with a pressure that borders on a beautiful pain and it’s enough to send me over the edge.

Blissful cries rip from my throat as I’m swept up into an intense storm of pleasure.

“Good girl, scream for me, Alissa. Let me have your pleasure because next it’s going to be my cock working this hot little pussy.”


Let's start out by saying, this is nowhere near a standalone, you MUST read the previous books in this series, heck, I'm tempted to say to also read the spin-off series before this as well, just because there are mentions of those characters as well. This is of course IMO as it flows a whole lot better and you're not wondering who this person is to that person and so on and so on.

We finally get Christopher and Alissa's story, one that has been brewing since Cade and Faith's story. Their love was strong having met in high school. He came from a troubled home life, and that is saying it mildly, she came from wealth and privilege. Her mother was against him at all turns. Christopher didn't believe that he was worthy of her love and finally said goodbye so she would move on and pursue her dreams. Years later, Christopher is back and it's Alissa, whose life is in danger. Can Christopher get to her in time? Will he be able to keep her safe, while at the same time keep her at arms length? Will Christopher beat his demons?

I could seriously go on and on and just spoil the whole story, but I won't. This book was done so amazingly fantastic! This has so many layers to it, its not just the story of second chance love, or the rich girl and the broken guy; this deals with PTSD and loving someone that has it. As someone that has to watch her spouse struggle with PTSD, this hit me so freaking hard, that even as I'm typing this I'm crying. This was an amazing read, and even though there are several books that cover this, I don't think they can beat this for as perfect as it was written. I give this 5 stars, and I can not wait to see what K.C. Lynn has for us next! 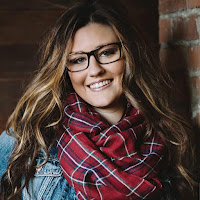 K.C. Lynn is a small town girl living in Western Canada. She married her high school sweetheart and they have four amazing children: two lovely girls and a set of handsome twin boys. It was her love for romance books that gave K.C. the courage to sit down and write her own novel. When she is not in her writing cave, pounding out new characters and stories, she can be found living between the pages of a book, meeting new tattooed, hot alpha males with very big…Hearts. 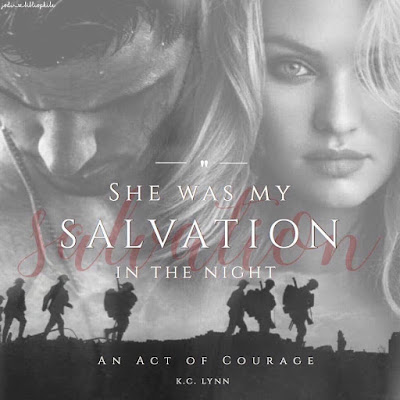